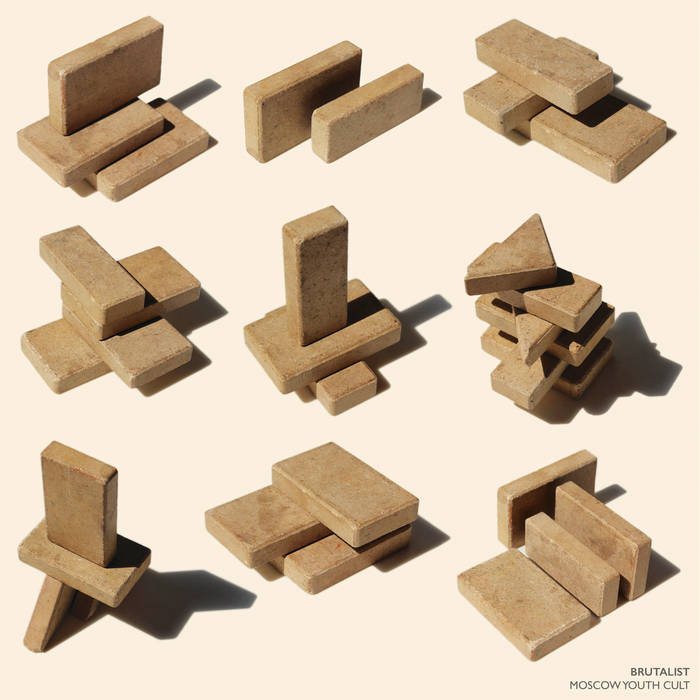 "Moscow Youth Cult piece together a spiralling tapestry of electronica juxtaposing woozy, lush, shimmering sonics, with stark and austere motorik beats and threads it with unexpected samples. Like the architectural style with which the album shares its name, Brutalist is bold, expressionist, textural." God Is In The TV

Moscow Youth Cult is Jon Dix and Dan O'Donnell-Smith, who formed the band when they collaborated on an electronic sound installation for GameCity – Europe’s biggest video games cultural festival – to celebrate the 25th anniversary of the analogue video game Elite.

Moscow Youth Cult songs have appeared on the cult US comedy series Portlandia and the hit video game Saints Row IV. In 2016, three of the band’s songs were featured in Ben Williams’ BAFTA-nominated feature film The Pass.

Moscow Youth Cult’s association with Nottingham-based DIY record labels Hello Thor Records and I OWN YOU Records goes back many years and takes in Halloween parties, VHS video nasties, gigs in fake TV studios, Italian zombie films and a silent disco in a library. We couldn’t be happier to finally be collaborating together to bring the world Brutalist.

All of the songs on Brutalist are written, performed and produced by Moscow Youth Cult. Dream Console is mixed by John Sampson (CJ Mirra, Swimming). Aaron Doyle (Cantaloupe, Flourishes) played drums on Makes Never Myth, Beyond the Black Veil and Hospice.